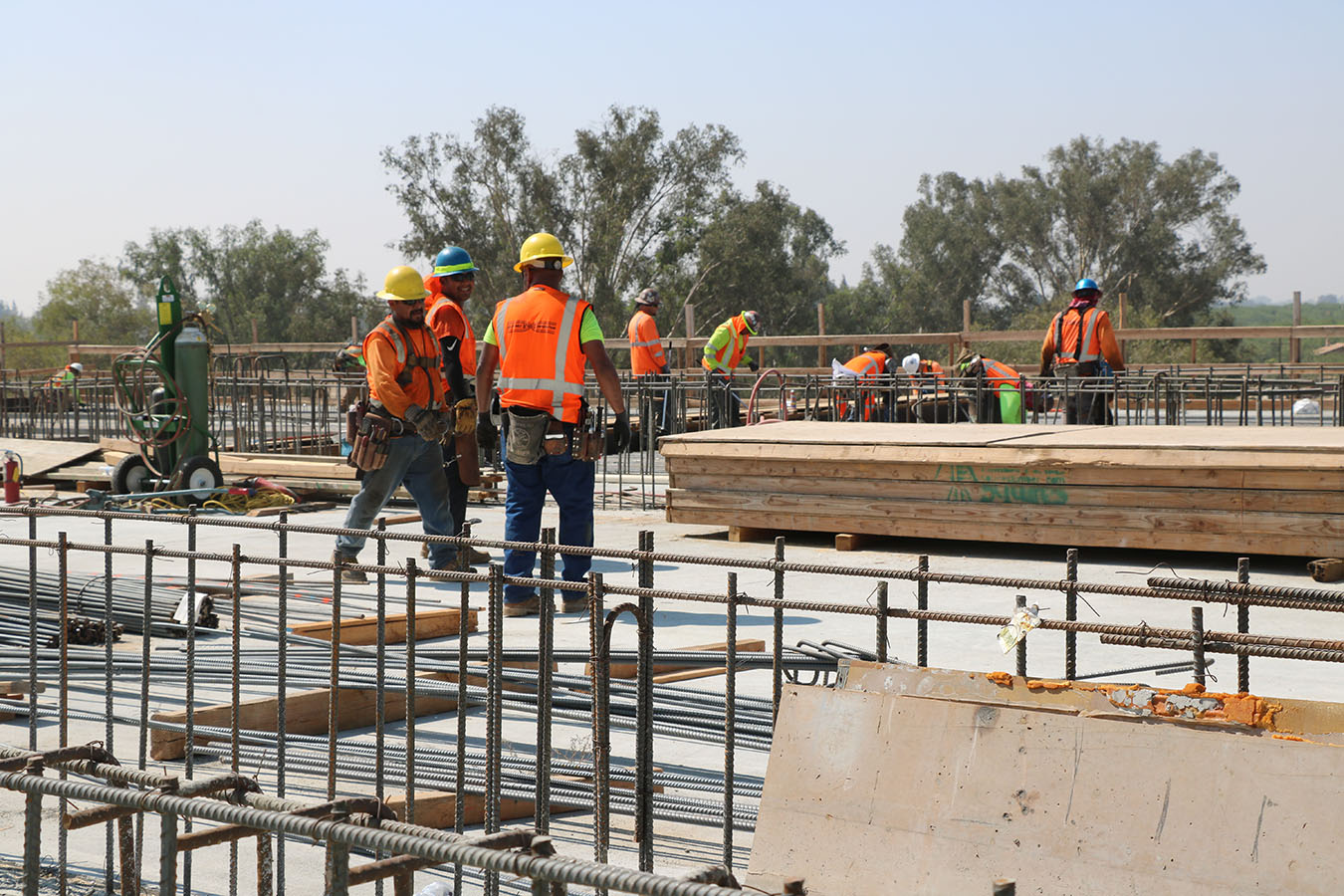 In decisively rejecting Proposition 6, California’s real decision-makers—the voters—again made it clear to self-serving political cynics that they will not be deceived when it comes to providing the vital infrastructure that is needed to keep California safe.

The devastating wildfires, making it urgent to move residents, businesses and firefighters in and out of stricken areas, prove how important it is to have functioning roads and transit.

Once again, California voters have stepped up to ensure that our first responders can do their jobs to the best of their ability. In the Nov. 6 balloting, they also took responsibility for improving the quality of life for working people and for everybody else in our state.

With the issues explained to them in an information campaign where the Building Trades played an important role, the voters came to know: You cannot repair our crumbling roads or fix our unsafe bridges on the cheap. With their vote on Nov. 6 against Prop. 6, Californians showed that they are willing to make the investments that are needed to keep us all rolling.

Senate Bill 1, passed in 2017 and targeted for repeal by Proposition 6, created a revenue stream that will last a decade. Thousands of projects that are already under way and that employ thousands of skilled and trained Building Trades local union members will now proceed to their completion.

Transportation planners, meanwhile, can go back to their drawing boards to design the necessary projects of the future without fear that the revenues required to pay for them will be held up by political ideologues who place their world views above common sense. We can now solve problems that occur in the real lives of real people in real time.

The bottom line on the “No on 6” campaign that we waged, and the bottom line in everything we do at the State Building and Construction Trades Council, is to fight to improve the quality of life for the 500,000 journeymen, journeywomen and apprentices whose political interests we represent in Sacramento. Last year’s SB 1 was one of the most significant victories that we were able to achieve in recent years, not only for members but for anybody who drives on California’s roads and highways and who will benefit from our state’s improved transportation infrastructure.

SB 1 provided the funding, and Proposition 69 from the past June primary locks in those revenues solely for transportation fixes and nothing else.

Now, with a new administration about to move into the governor’s office in the State Capitol, we, as well as Gov.-elect Gavin Newsom, must keep the quality of life of our members and all blue-collar working people foremost in our minds, in everything we do and propose.

Right now, we face perhaps our greatest challenge in providing safe and decent housing in safe and decent communities for the working people of this state—housing that lies within their means to buy or rent and is reasonably close to their workplaces.

For nearly a decade, California has produced barely half the number of homes it needs to house its population. This lack of new construction has resulted in a shortfall that could reach an astronomical 3.5 million units by 2025. We know what this will mean for working people: rent increases going through the roof, housing prices that make it impossible for our members to buy, and extraordinarily long commutes for them and other workers from where they can afford to reside to where the opportunities are to earn their living.

For the less fortunate among them, it means sleeping in their cars or on the street.

On Nov. 6, California voters took some significant steps to address the state’s housing crisis. Propositions 1 and 2 will generate $6 billion in bond funding just to begin to address the jobs and housing imbalances that exist in our state. The Building Trades strongly supported the housing measures. They should create thousands of job opportunities for our members at the same time that they will begin to provide the incentives to build the massive amount of affordable housing units that we need to take some of the upward pressure off of housing costs.

The victories of Propositions 1 and 2 and the defeat of Proposition 6 are just the beginning. Much work remains to be done on this issue of what government can do to improve the quality of life for all Californians. This will be on the Building Trades agenda in the years to come.

We will continue to fight to protect the wages of our members, especially in our defense of California’s prevailing wage laws, from which we will never back down.

Another of our top priorities will be to fight for the completion of the California High Speed Rail System—the third leg of a platform that has already had been steadied by the votes on housing and roads in the Nov. 6 election.

Already, high speed rail is providing thousands of jobs for our members in Fresno and Kern Counties, thanks to the state’s strong commitment. While we expect high speed rail to one day link San Francisco and Sacramento to Los Angeles and San Diego, we agree with the rail authority’s leadership that a phased construction of the system can more quickly meet the state’s most immediate need of linking jobs to housing.

Toward this end, High Speed Rail Authority CEO Brian Kelly’s team is exactly right to put most of its current resources into building a line between the Central Valley and its wide-open spaces that allows for more affordable housing, linking to the job centers in the coastal areas such as the Silicon Valley where housing costs have exploded beyond the economic reach of most working people.

While these ideas are simple and pragmatic, they are massive in scope and potentially transformative. They provide real-world solutions to what seem to be intractable problems. As always, lawmakers need to put them into practice with the interests of California’s working people foremost in their minds.

This article courtesy of the State Building and Construction Trades Council.